Five Things You Should Know About .NET 5 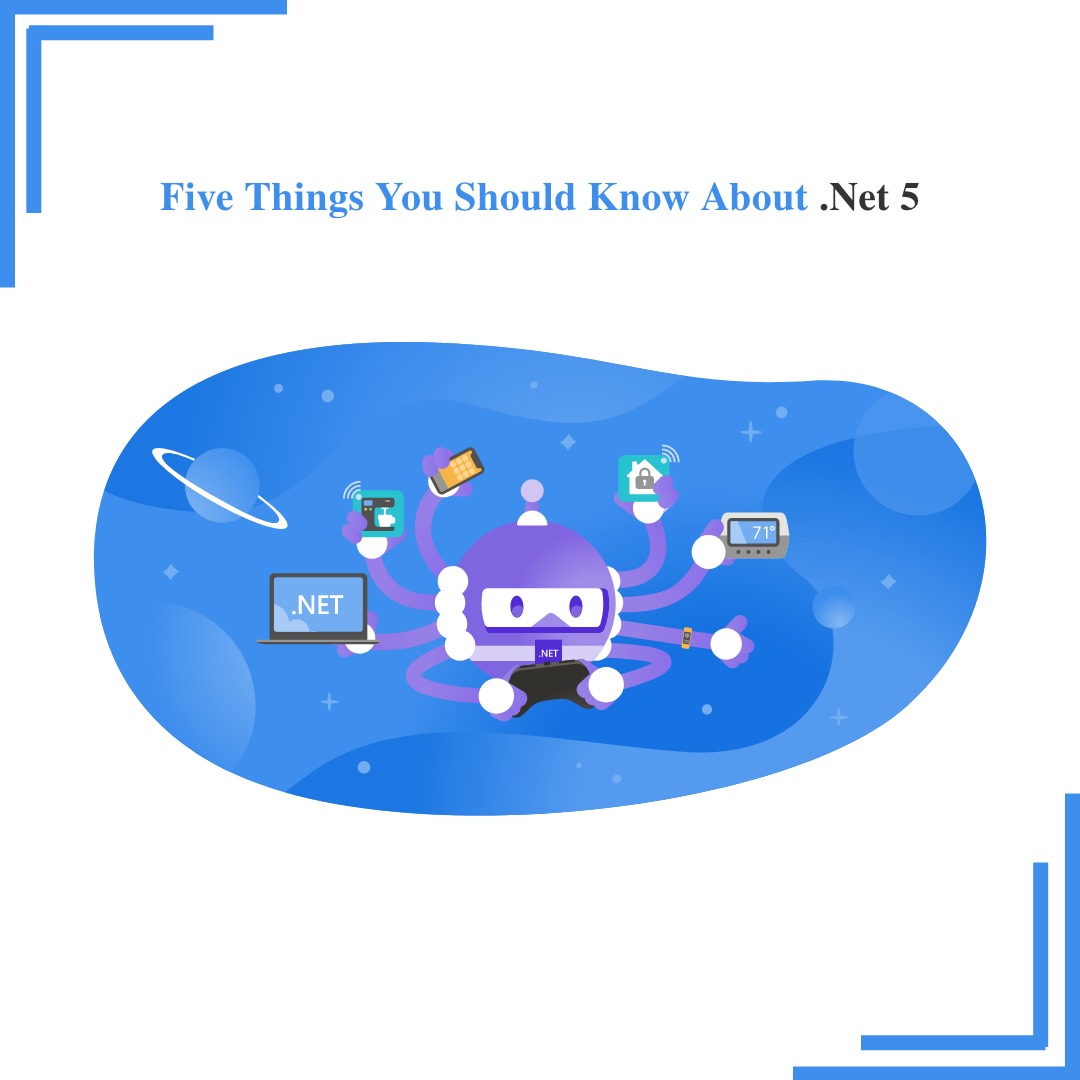 According to an official blog post of Microsoft, .NET 5.0 is the next big player and successor of .NET Core 3.1 release. In the second week of November 2020, Microsoft posted that .NET 5 has new improvements, updates and features than the .NET Core 3.1. If you’re not aware of the .NET framework, then check out our previous blog posts. For a quick review, it is a software framework initially released on 13 February 2002 and was primarily designed for Windows. .NET has a framework class library and offers interoperability across multiple platforms and programming languages.

In this blog, we discuss the top 5 major updates of .NET 5, and how these features are different from a prior release.

.NET 5 offers a common set of API to align runtime of variant applications. It is identified by .NET 5.0 TFM (Target Framework Moniker). TFM delivers developers a token through which they can specify a target framework. As a result, an application can run on any target platform supporting .NET 5. Nevertheless, .NET 5 platform also helps developers to build applications for any certain platform. This shows that .NET 5 was designed while keeping cross-compatibility in mind.

Top-Level Statement: Top-level statements enable you to write only those coding lines that are essential for limited console programs, utilities by using C#, which is capable of supporting scripting-based approach.

Record Types: The .NET 5 framework allows you to declare immutable reference types.  For example, you’re defining those class-based types that can’t be altered after their creation.

Init Setter: It is another update of C#9 known as ‘init accessor’, enabling you to define properties that can only be initialized.

According to the official documentation of .NET 5, developers can now build interfaces for all types of platforms including iOS, Android, Windows in a single project. This universal UI is also known as .NET Multi-platform App UI or NET MAUI. It is called an evolution of Xamarin.forms, but it is a universal model to design UIs for both mobile and desktop applications. It also supports the following patterns;

Removal of a Few Technologies

The main objective of .NET 5 is to build a version that can support cross-platform programming versions, meaning that it has to remove some technologies that were present in the previous version such as;

By now, you’ve finally gained an idea about opportunities, amendments and technology alternatives available in .NET 5. If you want to know more about .NET 5 amendments, check out the official documentation or try .NET 5 right now by installing a software development kit.