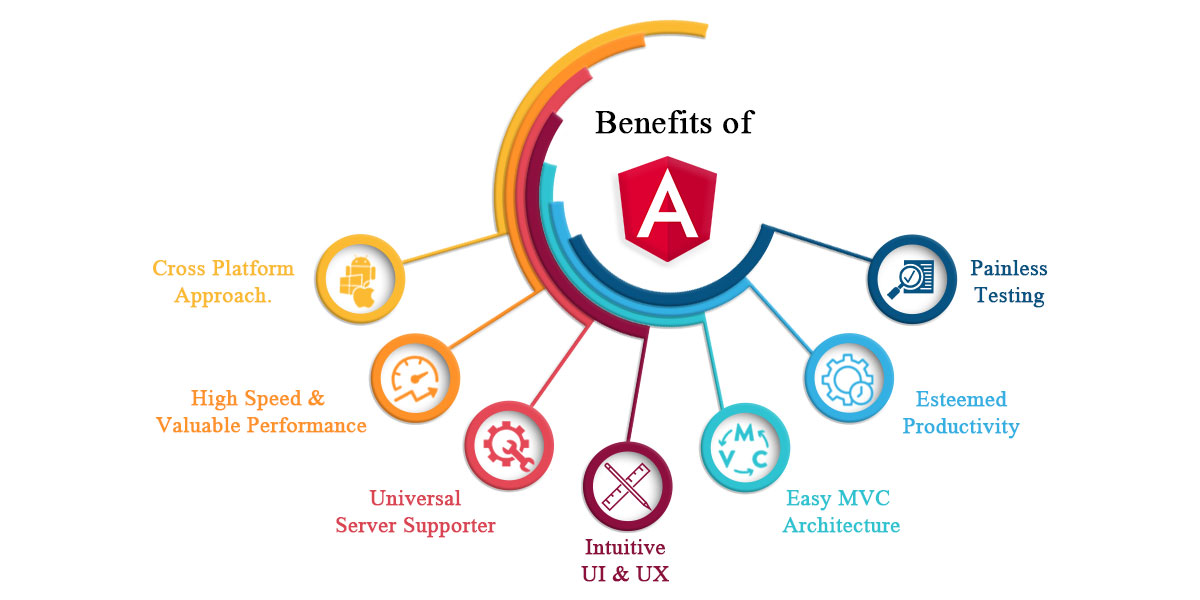 Being a structural framework, it enables the users to use HTML templates, languages, properties, and components. In this way, it becomes easy to view the HTML layout in more detail. Along with this, it reduces the overall effort of the developer to write the code because of the presence of data binding and dependency injection. On similar lines, this article explicitly revolves around the benefits of angular development. We have collected the top seven advantages that a developer must be aware.

Whether you want to create native or desktop applications, angular development acts as a one for all solution. The NativeScript, Ionic, and Cordova are the names of few strategies given by Angular JS. Angular JS enables you to develop applications that can run on Windows, Mac, and Linux through extraordinary capabilities such as;

Unlike others, Angular has the potential to convert written code into its optimized plan without taking any programmer’s help. Through perfect monitoring and instant optimization, it can transform the application into a reliable business deal, boosting the overall profit and revenue.

In addition to the above, the Angular JS also carries the support of multiple servers in its development packet. For instance, PHP, Node. JS and .NET are the servers through which programmers complete the first view of their applications.

This front-end development tool is popular for its declarative UI/UX features. As it is discussed above, with Angular JS, a developer can explore amazing and HTML designs that are required for integrating user-interface in applications. Moreover, it eases the developer’s work and reduces programming issues as you just need to tell what kind of expertise you want and leave the rest on Angular. With CLI tools of Angular, programmers can build fast, include components and elements, and deploy whatever they want immediately.

This open-source framework contains the simplest Model-View-Controller (MVC) architecture wherein developers just need to split up the code and nothing else. Thus, the angular framework eases the developer’s effort and creates a lighter environment.

Another benefit bought by Angular is aristocratic productivity for dynamic applications. Hence, after writing code, you can get smart and intuitive ways to complete the code by eliminating errors and glitches. Furthermore, large community and popular editors are also present to figure out every problem.

Among all, testing is one of the most difficult parts in the development stage as it gives exact direction that whether your application is optimized or not. Angular development has a painless testing module, which means that you can easily save time if you’re working with broken things. The option of protractor enables the user to perform testing cases in a fast and stable manner.

ASP.NET Vs PHP: Who is Winning the Battle?

Public Vs. Private Cloud: How to Choose the best Option?

Quit before it kills you..!